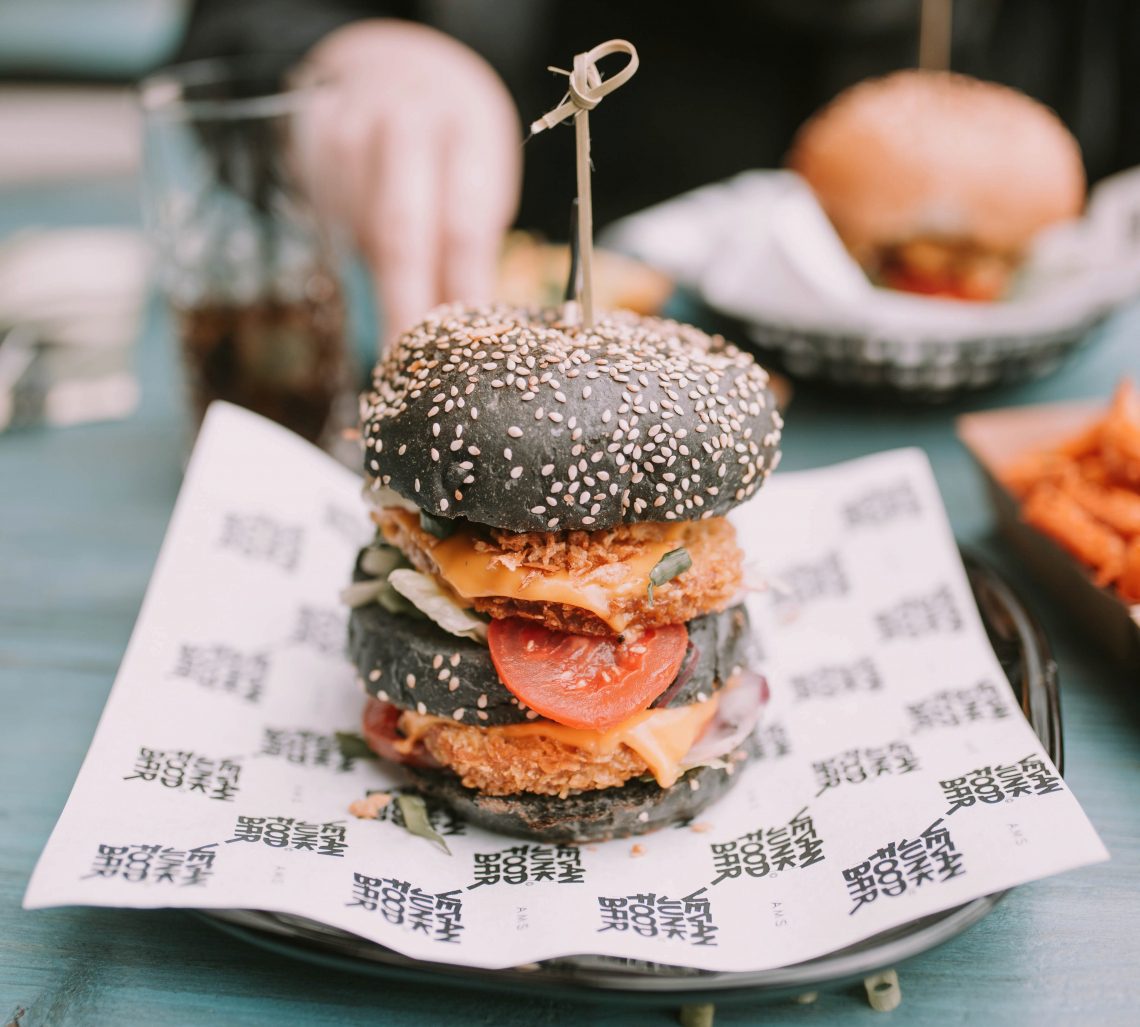 It’s quite hard to believe how fast Brisbane’s vegan scene has grown in recent years, and the vegan burgers on offer right now are incredible. Obviously, there are loads of 100% vegan restaurants in Brisbane with extensive vegan burger menus. But surprisingly, non-vegan restaurants have also started creating insane plant-based burgers to attract vegan diners. Keep reading for the Brisbane Vegan Burger Guide 2020.

Without a doubt, Grassfed does the best vegan burgers in Brisbane. Naturally, the restaurant is 100% vegan and they have a huge variety of burgers available. My favorite is the ‘B.F.C’ with vegan beef, bacon, fries, double cheese, caramelized onion, lettuce, pickles and Grassfed special sauce. Also, they do excellent vegan fried chicken and BBQ pulled pork burgers. If you have room after your burger, the warm cookie dough sundae with soft serve and caramel sauce is amazing.

As the name would suggest, Moo Free Burgers is also 100% vegan and claims that ‘The only thing we’re killing is your appetite’. Diners love the chipotle chicken burger with chick’n patty, vegan bacon, slaw, house special BBQ sauce and spicy chipotle mayo. Furthermore, Moo Free’s fries with zaatar seasoning are not to be missed.

The Parma @ Lord of the Fries
Fortitude Valley

Country-wide vegan fast food chain Lord of the Fries has become a right of passage for vegan tourists when they arrive down under. The parma burger is the vegan version of the Aussie pub classic and it’s my favorite thing on the menu. Think vegan chicken schnitzel smothered in Napoli sauce, cheese and bacon, topped with diced onion.

Another 100% vegan restaurant, Yavanna does four epic burgers along with loads of other plant-based delicacies. Personally, I love the classic cheeseburger with juicy vegan beef, melty cheese and American mustard. Don’t forget to pair this with one of their house milkshakes for the ultimate burger experience.

Famous for their organic green matcha buns, a burger from VeganBurgz won’t be forgotten in a hurry. Their best seller is the ‘ribwich’, consisting of seitan ribs smothered in smokey BBQ sauce with house slaw and mayo. If you fancy something sweet, definitely try the apple pie spring rolls with vegan caramel and creamy coconut ice cream. If the name didn’t make it clear enough, VeganBurgz is 100% vegan.

Nonna’s Nightmare is a vegan Italian restaurant. Therefore, the parmigiana burger is a real treat and definitely the best thing on their burger menu. Think a big stack of eggplant parmigiana on a house-made bun with vegan mozzarella and basil pesto.

American-inspired craft beer and burger bar Brewski has a half vegan/half omnivore menu which is epic to say the least. As you can tell from the picture below, they do several vegan burgers. Above all, diners love the Filet-O-Fishless burger with plant-based breaded fish, vegan tartar sauce and lettuce.

Well worthy of a place in the Brisbane Vegan Burger Guide, The Green Edge does 13 different vegan burgers! However, The Big Zing caught my attention because it features two chick’n patties, cheese, spicy relish, more cheese and zinger dressing on a toasted sesame bun. Of course, The Green Edge is 100% vegan.

I think Netherworld is possibly the coolest place ever. Firstly, the bar has over 40 old school arcade machines and excellent craft beer. Secondly, everything on the menu at their in-house Hellmouth Diner comes with vegan meat and cheese unless you swap it for animal products. I love the Phoenix Burger with southern fried vegan chicken, cheese, pickles, lettuce & chipotle mayo.

The bourbon glazed jackfruit burger with wombok slaw from Dicki’s is something special. Most importantly, it comes with shoestring fries and creamy aioli. Dicki’s is fully vegan too!

The Beyond Burger @ Grill’d
Multiple Locations

Australia-wide burger chain Grill’d has really welcomed vegan customers with so many great plant-based options. In my opinion, you have to get the Beyond Burger with vegan cheese, vegan mayo, mustard and garnish. The reviews of the Beyond patty speak for themselves and Grill’d cooks them perfectly. Double up if you dare!

The Kimchi Burger @ The Woods
Mitchelton

This neighborhood bar does loads of vegan burgers for its plant-based regulars. Above all, diners go mad for the kimchi burger with vegan beef, cauliflower kimchi, cheese, aioli, pickles and Korean BBQ sauce.

Another Brisbane restaurant is getting on the jackfruit burger trend and we’re so here for it. Miss D’s consists of bbq pulled jackfruit, house made slaw and vegan pesto mayo on a toasted bun.

Probably one of the most aesthetically pleasing burgers I’ve ever eaten was at Sol Café in West End. The chicken & cheese burger consists of vegan chicken patty, cheese, pickled red onion and a creamy burger sauce. It came on a bed of toasted seeds and the bun was soft, floury perfection.

You’ll find this super chilled bar in an old queenslander in West End. They do great ‘beer food’ and loads of vegan options. I know, I’m recommending another vegan cheeseburger but you really can’t go wrong. This one comes on a seeded bun with vegan cheese & aioli, tomato relish, pickles and mustard.

Fundies is all about high quality real food. Their satay tofu burger comes with a marinated tofu patty and homemade satay sauce on a soft bun.

The extensive vegan menu at Suburban is not to be missed and of course, it includes a cheeseburger. You’ll be served up a vegan beef patty covered in dairy-free mozzarella, lettuce, tomato, pickles and burger sauce. Most importantly, Suburban’s burger comes with waffle fries which is a huge yes from me.

Whisky Business is most famous for its doffles (doughnut waffles) but if you fancy a big burger instead they’ve got you covered. The vegan chicken burger comes with dairy-free cheese, avocado, lettuce and vegan mayo.

I don’t know about you, but I bloody love deep fried cauliflower. Therefore, this burger from The Lucky Duck is right down my street. It comes on a toasted sesame bun with pickled onion, jalapeños, lettuce and American mustard.

Whilst the name of this burger suggests it’s full of veggies, Burger Urge have actually made this one super meaty. It’s made up of a beef patty, covered with plant-based pulled beef and hickory BBQ sauce. Also, it includes cheese, aioli & pickles.

Let’s be honest, Hungry Jacks isn’t the first place that comes to mind when you say vegan burger. However, last year Hungry Jacks introduced the brilliant Rebel Whopper to the menu which is absolutely delicious. Basically, it’s a vegan take on the classic hamburger and it fondly reminds me of all the dirty hangover burgers I ate at uni. *Make sure you ask for vegan mayo.

This dish from Gettaburger manages to be healthy whilst also tasting delicious. It’s a crispy sunflower & flaxseed schnitzel with guacamole, lettuce, cheese and vegan mayo. Actually, I forgot to mention that there are sweet potato fries inside the burger… so maybe it’s not as healthy as I originally thought.

If mock meat isn’t your thing then this burger from Just Earth Café is for you. Picture roast veg and spiced chickpeas with avocado, caramelized onion, tomato and spinach. 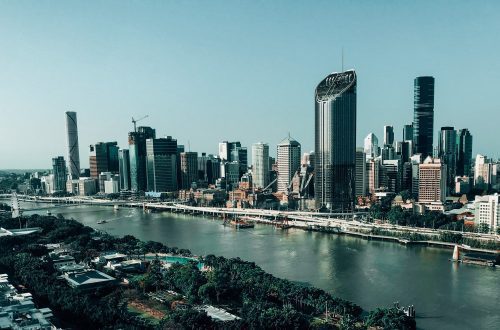 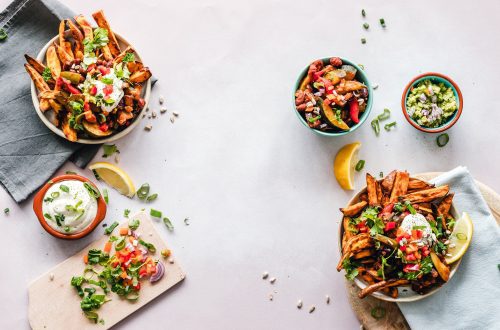 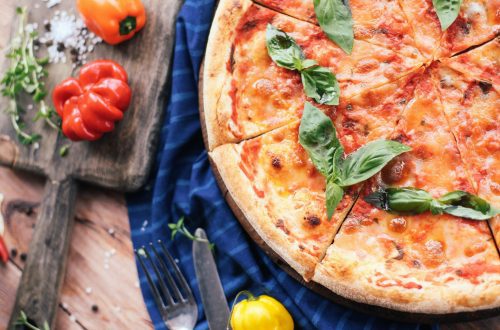