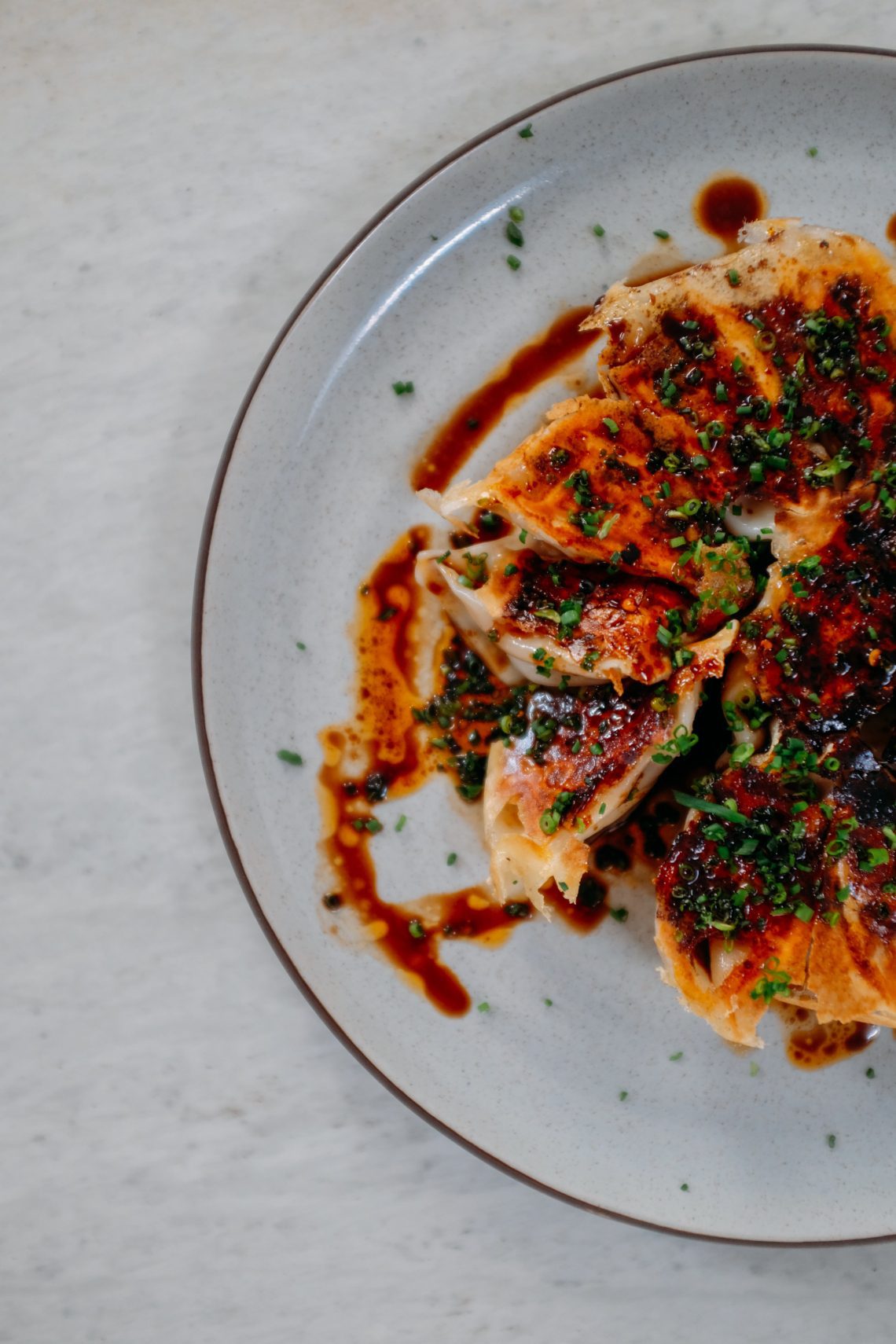 Which kind of vegan Asian food would you like to eat?

At Vegeme, 90% of the menu is vegan and it’s unbelievably tasty. Offering a selection of Chinese, Japanese & Korean vegan dishes with mock meats and tofu, you’re sure to find something you love. Even better, Vegeme offers free unlimited jasmine tea to compliment their delicious flavorful food.

This veggie/vegan restaurant serves everything from Laksa to Bao buns to Singaporean-style fried vermicelli. There’s a huge menu to choose from and pretty much everything is vegan-friendly.

Pan-Asian street food is on the menu at Chop Chop Changs and vegans can feast on tons of dishes including corn & coriander cakes with chilli ginger sauce. Also, I love the fried tofu with spicy sauce & crushed peanuts, as well as the yellow curry with pumpkin & choi su.

Offering a large range of Asian dishes that are fully vegan, West End Vegan Restaurant is a hit with locals and tourists alike. Diners love the plant-based seafood noodle soup, as well as the traditional Peking duck pancakes made vegan.

As the name suggests, Tea Master specializes in hot and cold teas as well as an epic menu of Asian meat-free dishes. Don’t miss the vegan duck with noodles or the vegan Hainan chicken rice. Luckily, Tea Master is pretty much all vegan apart from a few dishes containing egg.

Vegan favourites at The Hub’s Wok include traditional Nasi Lemak made with coconut milk, pandan leaf & crispy tofu as well as Mongolian style sizzling veggies with a side of steamed wontons.

Superoll used to be fully veggie but unfortunately it’s now under new ownership. Nevertheless, they still have an extensive vegan selection including vegan fish in sweet and sour sauce, as well as roast vegan pork with vermicelli noodles.

This restaurant is rated the second best in Brisbane on TripAdvisor so it’s definitely worth checking out if you like authentic Thai food. Luckily, they have a dedicated ‘veggie lover’ section on their menu including the likes of vegan laksa & salt and pepper tofu. Also, don’t miss the steamed dumplings and veggie tofu red curry.

Pochana serves up vegan dishes such as crispy eggplant sticks with spices & sweet vinegar, as well as grilled corn skewers with tossed coconut. Ultimately, the stir-fried crispy tofu & Asian greens in mushroom sauce ended up being my favorite.

First of all, I would like to note that New Chinese Garden does the best vegan Chinese food in the whole of Greater Brisbane. They have a huge vegan menu from which you can order all of the amazing dishes with vegan beef, chicken, duck, prawn or fish. Favorites include salt and pepper ‘prawns’, ‘duck’ in plum sauce and ‘chickn’ corn soup.

A post shared by New Chinese Garden Kedron (@newchinesegardenrestaurant) on May 1, 2019 at 2:00am PDT

With a focus on traditional Cantonese dishes without the animal products, Yuan Yuan Vegetarian Delights is the perfect place for a vegan Chinese feast. The menu is almost fully vegan and includes vegan sweet and sour pork as well as plant-based salt & pepper squid. Also, customers love the traditional Chinese noodles with chick’n.

Chinese restaurant King Tea does some great vegan options like savory pancakes and crispy tofu to start. Next, go for the ‘Douban eggplant‘ or the lotus root mushrooms.

Showcasing some of the best modern Chinese food Brisbane has to offer, Little Valley invites vegans to enjoy a real feast. To start, you have to get the amazing truffle & potato spring rolls. Next, try out the slow roast celeriac, lotus leaf & black bean dish. More importantly, they have an epic list of signature cocktails including a Ruby Negroni with dragonfruit & a Shanghai Sunset with kaffir lime infused rum.

For the most decadent Chinese food in Brisbane, be sure check out Donna Chang. Found in one of the city’s oldest buildings, expect luxury surroundings, heavenly tableware & amazing food. Vegan options include king abalone mushroom with black funghi, enoki & chive, as well as fried eggplant with fragrant green chilli & ginger.

This eatery has thoughtfully veganized most of its dishes to create an authentic Vietnamese eating experience without meat & dairy. The deluxe vegan pho with mock-meats is definitely worth a try, as is the vegan banh mi (lemongrass & soy marinated tofu encased in traditional Vietnamese bread with vegan mayo).

This upscale Japanese restaurant serves its vegan diners the likes of miso-roasted eggplant, veggie tempura & sushi rolls with shiitake and wasabi sesame sauce. Even better, you can sip on saké all night long because the brewing process is vegan-friendly.

Tucked away on a quiet street in Spring Hill is Bishamon, one of the most authentic Japanese restaurants I’ve ever visited. BYO wine & reasonable prices means the restaurant is busy every night of the week & they have some great options for vegan punters. My favorites are the plum & cucumber nori rolls and nasu dengaku (traditional miso-roasted eggplant).

Aside from the witty name, MisoHapi serves up all the classic vegan sushi dishes like tofu and sundried tomato rolls, inari and veggie rice paper rolls. Furthermore, they do a vegan ramen with braised tofu, bokchoi and shiitake mushrooms.

Sushi Kenzen offers ‘build your own’ sushi and plant-based customers can choose between fried veggies, fried pumpkin and sweet bean curd as their filling.

Malaysian café Pappa Rich has veganized many of its traditional dishes and they’re pretty good to say the least. Try out the vegan sweet & sour chicken with rice or the biryani with curried vegan beef & salad.

Authentic bubble tea is on offer at Chatime. Milky teas can be made with soy milk and they have several vegan-friendly gel add-ins for the fruity varieties. Even better, they have a no-sugar option if you’re trying to cut down on the sweet stuff.

Bubble tea can also be found at Gong Cha. Luckily, most of their gels are vegan and you can get soy milk with most drinks.