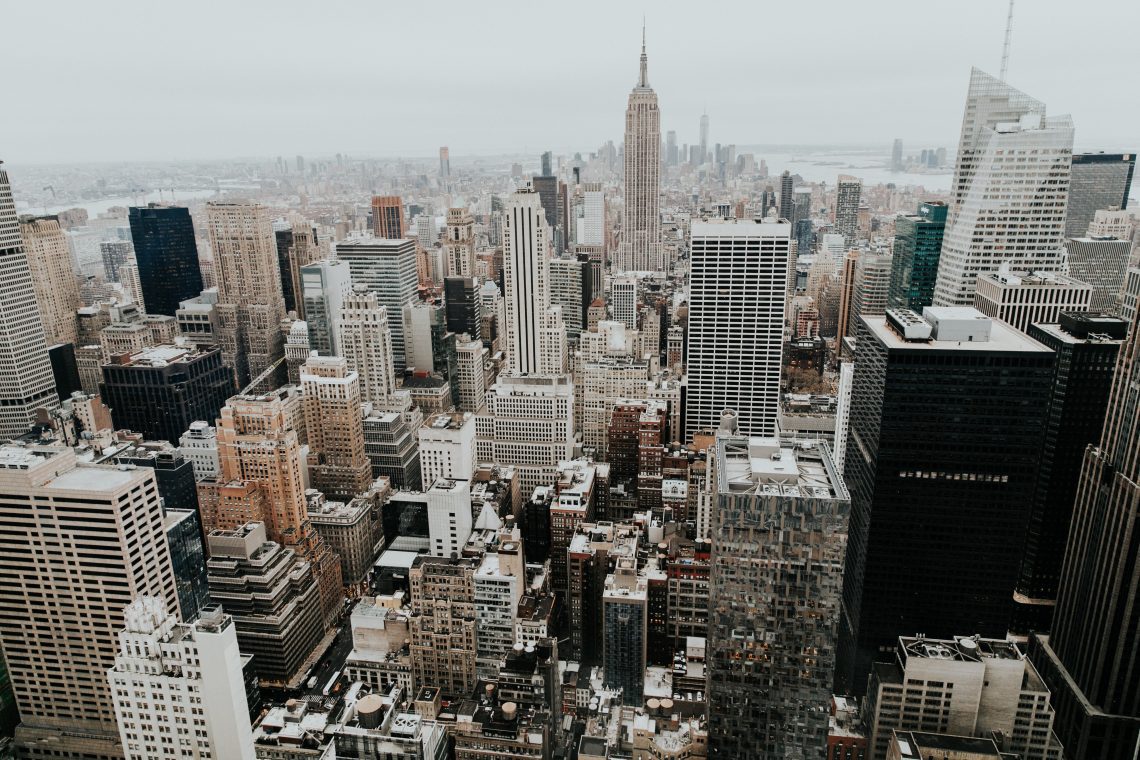 New York City, it’s a magical place that you simply must visit at least once in your lifetime. From checking out original Andy Warhol pieces at the Metropolitan Museum of Art to catching a Knicks game at Madison Square Garden, you’ll struggle to run out of things to do in this incredible city. Naturally, the vegan food scene is excellent – you can pretty much find the plant-based version of every type of cuisine possible. But which is the best vegan-friendly hotel in New York? Whilst there aren’t yet any 100% vegan hotels in Manhattan, there are plenty that offer amazing plant-based breakfasts, vegan & cruelty free toiletries & even down-free bedding. Keep scrolling for the complete New York Vegan Hotel Guide 2021.

Pssssst – you’ll also find a list of the best vegan food in NYC at the bottom of the article.

Archer Hotel is the best vegan-friendly hotel in New York. Located in the heart of the garment district just a seven minute walk from the Empire State Building, it offers pure decadence and welcomes vegan guests with open arms.

Unlock your luxury room to find a beautiful vegan turn down service waiting for you and chilled plant-based milk in the mini fridge. More importantly, in the bathroom you’ll find an array of vegan & cruelty-free toiletries by Malin + Goetz such as rum body wash and peppermint shampoo.

As well as being super vegan friendly, The Archer is also known for its Spyglass Rooftop Bar where you can sip on a tailor-made vegan cocktail whilst admiring the view of the Empire State Building. With excellent TripAdvisor reviews, The Archer should definitely be on your hotel shortlist.

*For a vegan turn down service, be sure to email the hotel in advance to outline your dietary requirements.

You wouldn’t expect to find a vegan oasis focused on a collective conscious evolution in the heart of Manhattan’s Financial District, but that’s exactly what The Assemblage is about. With onsite tea ceremonies, gong meditation sessions & daily yoga practice, The Assemblage is committed helping guests reconnect with the environment around them.

In the beautifully finished suites you’ll find toiletries by 100% vegan & cruelty free brand Dr Bronner’s. Even better, the products are full size to reduce the environmental impact of miniatures.

With views of Central Park and lush green shubbery climbing up its facade, 1 Hotel Central Park gives guests the opportunity to reconnect with nature in the city that never sleeps. But it’s not just living greenery that positions this hotel as a sustainable paradise, there are loads of vegan and eco initiatives that will make your trip to NYC a lot more planet-friendly.

When it comes to food, the hotel restaurant does epic vegan breakfasts such as smoked tofu scramble, as well as revitalizing juices and smoothies. Also, guests can enjoy local, seasonal fruit from the Lobby Farm Stand in reception 24 hours a day.

The cedar-scented bath products offered in every guest room are cruelty free, organic and 100% natural. Aside from the fact they smell amazing, you’ll find them in the shower in large refillable bottles rather than individual throw-away sizes. To add to this, there are no plastic water bottles on the premises as the hotel offers unlimited filtered water in recycled glass carafes instead. I also love that all rooms have yoga mats for guests to use either inside the hotel or out in the city.

Don’t fancy staying the hustle and bustle of the city this time? Visit the 1 Hotel Brooklyn Bridge instead.

Well deserving of a place in the New York Vegan Hotel Guide, this trendy hotel in Manhattan’s Lower East Side is a vegan dream in more ways than one. Enter your ultra-modern ensuite bathroom and you’ll find Public’s very own cruelty-free toiletries in refillable pumps that are made from recycled plastic.

In the mornings, head down stairs for a hearty plant-based breakfast at ‘Louis’, the hotel’s in-house speciality coffee shop and kitchen. Unlike most hotels, the vegan breakfast options are so much better than oatmeal and fruit salad. In Louis’ kitchen you’ll be treated to coconut chia pudding and freshly made NYC bagels with vegan cream cheese and avocado.

Perched on the edge of Central Park since 1907, the legendary Plaza Hotel is an integral part of New York’s history and, luckily for us, extremely vegan-friendly.

No doubt the best thing about The Plaza is their iconic afternoon tea, served in the hotel’s decadent Palm Court. Recently, The Plaza have added a vegan afternoon tea package to their offering and the reviews are sensational. Be sure to make a reservation in advance to enjoy a selection of plant-based soft finger sandwiches and warm vegan scones with preserves. Furthermore, you’ll be served utterly delicious vegan cakes and pastries such as chocolate fudge, caramelized banana & coconut danish, fruit tart and peanut butter cookies. Obviously, you’ll also be presented with a huge selection of loose-leaf teas with dairy-free milk.

The Plaza toiletries are provided by NYC brand Le Labo. They’re vegan, cruelty free and super high quality. Operating primarily as a luxury perfume and candle brand, I’m sure you can imagine how incredible the bathroom products smell.

Times Square is a pretty epic base for your New York City vegan adventure, and a stay at The Hyatt Centric will only add to your excitement.

All hotels across the Hyatt Hotels Corporation group provide cruelty-free toiletries, which is a big thumbs up from me. Similarly, Hyatt Centric offers brilliant vegan dishes for breakfast and dinner at their in-house restaurant. Before of a big day of sightseeing, tuck into tofu scramble with hearty meat-free chilli, kale and sautéed pearl onion. Most importantly, if you need some late night munchies before bed, order the beyond burger with pickles & fries.

It’s safe to say that this hotel is not quite what you would expect from the bustling Lower East Side (or from Manhattan in general). In fact, Sanctuary NYC offers soul healing accommodation for a transformative spiritual experience of the Big Apple. Unlike your standard hotel, guests at the Sanctuary have the opportunity to practise yoga in the private studio and volunteer with the local Food For Life program to feed the homeless in nearby Tompkins Square Park.

Of course, breakfast is fully vegetarian/vegan and the toiletries are vegan, organic & eco-friendly.

Moxy Hotels are also well deserving of a place on this list due to the fact that all of the bedding across the hotel group is down-free. With four hotels in New York City, simply choose your favourite neighbourhood and sleep easy knowing that your soft bedding is free from animal products.

You’ll also find the incredible smelling Muk products in all of the hotel’s bathrooms. Muk are cruelty free and accredited by PETA, and the packaging is made from 100% post-consumer recycled aluminium.

I don’t mean to alarm you, but I think I’ve managed to cover pretty much every vegan spot in New York. Choose between upscale dining, mid-range restaurants, comfort food, chilled cafés and takeaway spots.

Hungry Angelina, Brooklyn
Plant-based for the people and damn it tastes good.

HanGawi, Koreatown
Korean dishes made vegan – as simple as that.

By CHLOE, multiple locations
Wholesome fast food found all over the city.

Next Level Burger, Brooklyn
The name says it all really.

Champs Diner, Brooklyn
Classic diner dishes made with love and without animals.